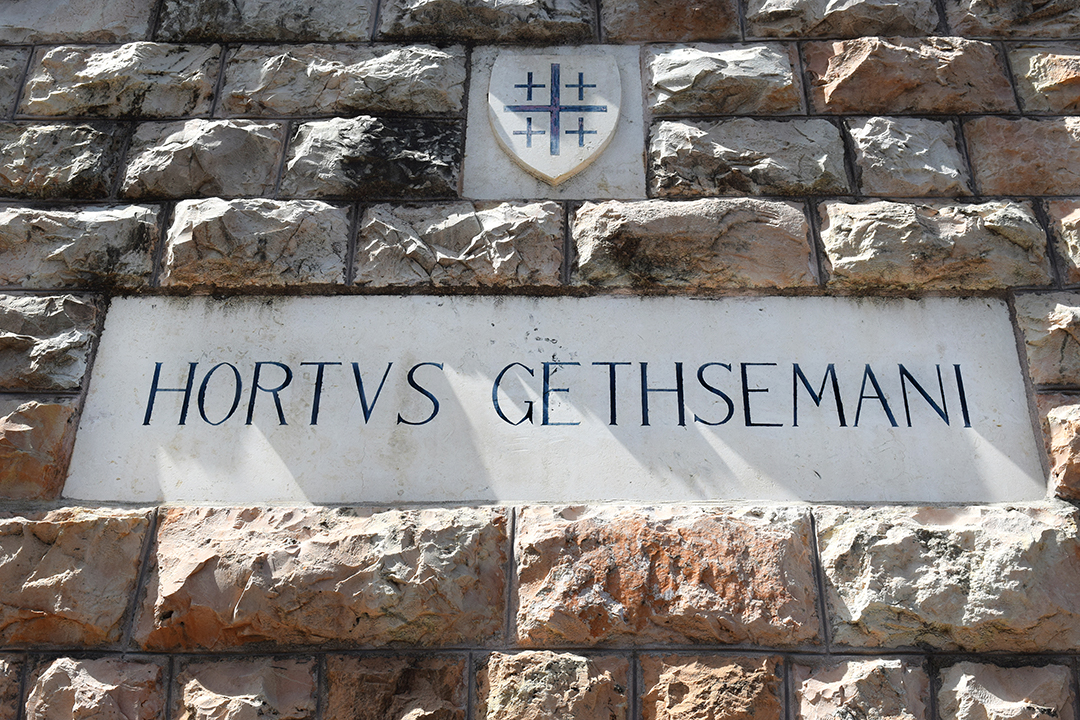 “Going a little farther, he fell to the ground and prayed that if possible the hour might pass from him. ‘Abba, Father,’ he said, ‘everything is possible for you. Take this cup from me. Yet not what I will, but what you will'” (Mark 14:35-36).

These words of Jesus reveal the range of his feeling as a human. He is experiencing fierce temptation, urgent dependency, and dread, as other humans experience them.

At the same time, we have a hint of his deity. As the Lamb of God, he is about to bear the penalty for the sins of the world. It has been pointed out that his reference to the cup recalls his words from earlier in the evening: “This cup is the new covenant in my blood, which is poured out for you” (Luke 22:20).

As his death draws nearer, he looks into that cup. The prospect of crucifixion must have brought anguish and horror to the Savior’s mind. To be sure, the dread of physical suffering is an understandable human response.

But for the divine Son of God, that cup represented the even costlier sacrifice he was to offer. Donald English wrote, “Only he knew the full implications of his words at the last supper about his body and blood — in the context of Passover and Covenant.”

He would later cry out from the cross, “My God, my God, why have you forsaken me?” (Mark 15:34). That cry would be because he would bear the bitterness of the wages of sin, the sin of the world. Is it any wonder that the sinless Son of God should recoil from the moral corruption and depravity which would be laid on him at Calvary?

“God made him who knew no sin to be sin for us” (2 Corinthians 5:21). This gospel witness by Paul helps explain Gethsemane.

So now, in the garden, the divine-human Jesus seeks comfort from God as “Abba.” That is an intensely personal term of endearment. It is a title the church today is permitted to use to address our Father in heaven. In Christ, and by the Holy Spirit, we who believe may express that same sense of belonging to the family of God as “by him, we cry ‘Abba, Father'” (Romans 8:15).

We are able to do this because of Gethsemane, and Calvary. 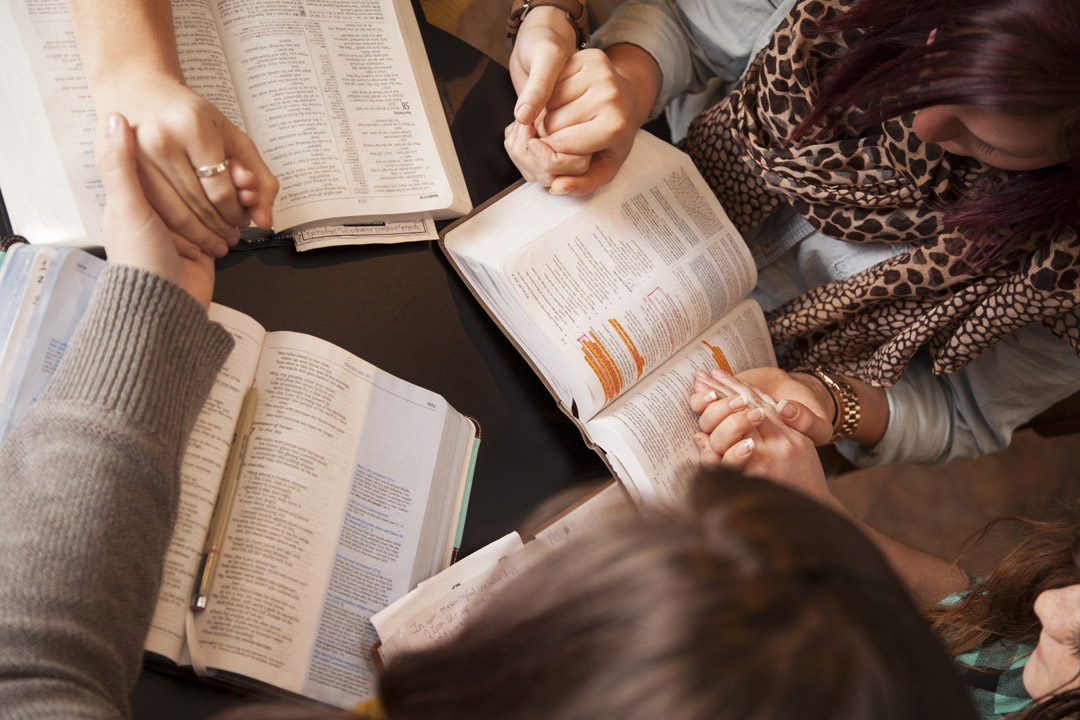 “Then Jesus went with his disciples to a place called Gethsemane, and he said to them, ‘Sit here while I go over there and pray.’ He took Peter and the two sons of Zebedee along with him and he began to be sorrowful and troubled” (Matthew 26:36-37).

During this season, Christians all over the world meditate on our Lord’s suffering, death, and resurrection. It is customary to spend the weeks before Holy Week in contemplation and surrender of ourselves to the will of God. As I try to do that I am thinking about Jesus in the garden of Gethsemane. It was there that he cried out to God in terrible anguish, revolted by the horrors that were about to come upon him.

It is noteworthy that he desired the companionship of his friends. So as he withdrew to pray, he invited Peter, James and John to stay alert and join him. This shows us the humanity of Jesus. He needed the encouragement of their prayerful presence. “Stay here and keep watch with me,” he said in Matthew 26:38. “With me!” What is implied by those words repeated twice in Matthew’s account?

As we pray, we often think of the promise of Christ’s presence with us. But our coming to the Lord in prayer is also a response to his kind invitation to fellowship with him. “God is faithful, who has called you into fellowship with his Son, Jesus Christ our Lord” (1 Corinthians 1:9). Does it surprise you to be reminded that Jesus desires to have fellowship with you? Is this not an incentive to be more faithful in meeting with him in prayer?

When we face circumstances that seem intolerable, it is good to have the prayer support of friends. Jesus asked his friends to stay close and stay awake. Unfortunately, sleep overtook them. He told them earlier that “where two or three gather in my name, there am I with them” (Matthew 18:20). But now in his time of need, those two or three were spiritually and emotionally absent.

Jesus is inviting us to spend time with him. Think about those two words today: “With me.” 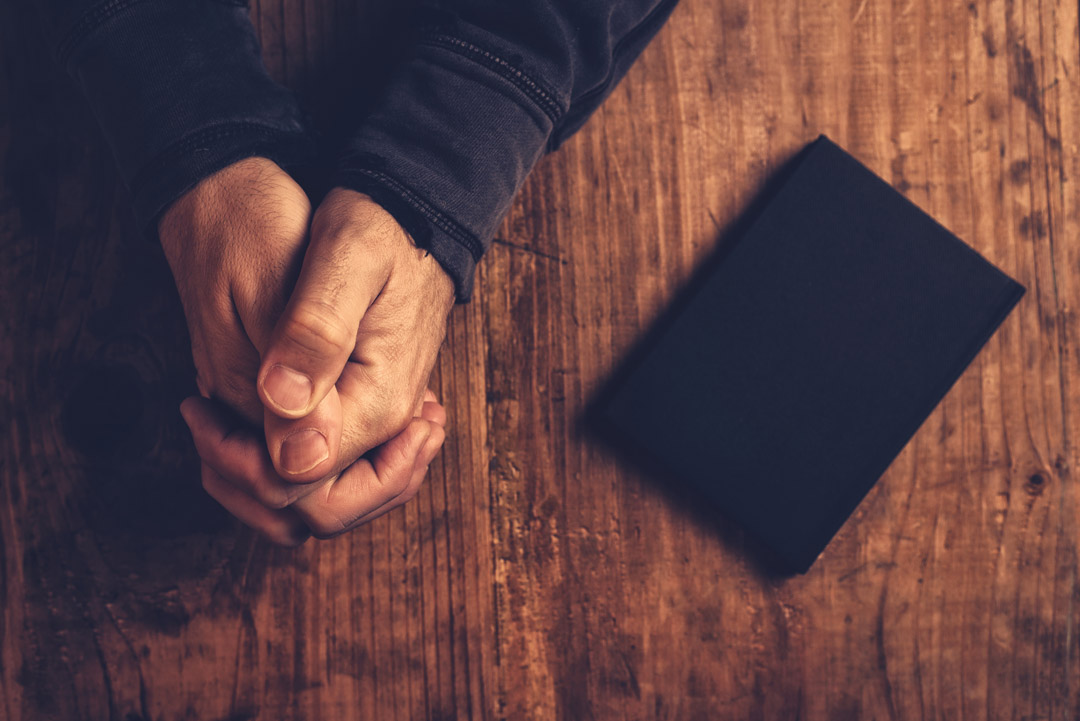 Jesus made it a regular practice to meet with his heavenly Father in prayer. He got up early to pray in the mornings. Sometimes he prayed all night, alone with God, out in the open air, away from the crowds. He craved the delicious solitude of the Galilean countryside.

At other times he joined with his neighbors in communal prayer. The gospel of Luke tells us that it was our Lord’s habit to attend services in his local synagogue (Luke 4:16). If the Son of God found it necessary to meet for  worship with ordinary folks, certainly we who claim to follow him should do the same thing every week!

Jesus also prayed with his disciples. They had chosen a place where they would go to withdraw for quiet fellowship and rest. This redoubt, or retreat, was an olive grove called Gethsemane. John 18:2 describes it as a garden where Jesus frequently went with his disciples. It was across the Kidron ravine on the side of the Mount of Olives. It was, for them, a special place.

Luke says Jesus went there on the night of his betrayal “as usual” (Luke 22:39).  I find it striking and important that as he was facing the bitterest anguish of his life, Jesus retreated with his disciples to the familiar garden where he had often met with them. There he prayed in a state of intense emotional strain.

Come to Gethsemane. Hear the Savior pray as he nears the time of his cruel death as the atoning sacrifice for our sins. Observe his sorrow. Feel his lonely desolation of soul. Learn to pray as he prayed to the Father: “May your will be done” (Matthew 26:42).

Just as our Master Jesus prayed in solitude, and in the communal fellowship of the  local assembly, so we imitate him. As Jesus had specific times and places for prayer, so should we have. As Jesus prayed for God’s will to be done as he faced torture and crucifixion, so we too learn to surrender ourselves to God, in gratitude for his sacrifice for us. 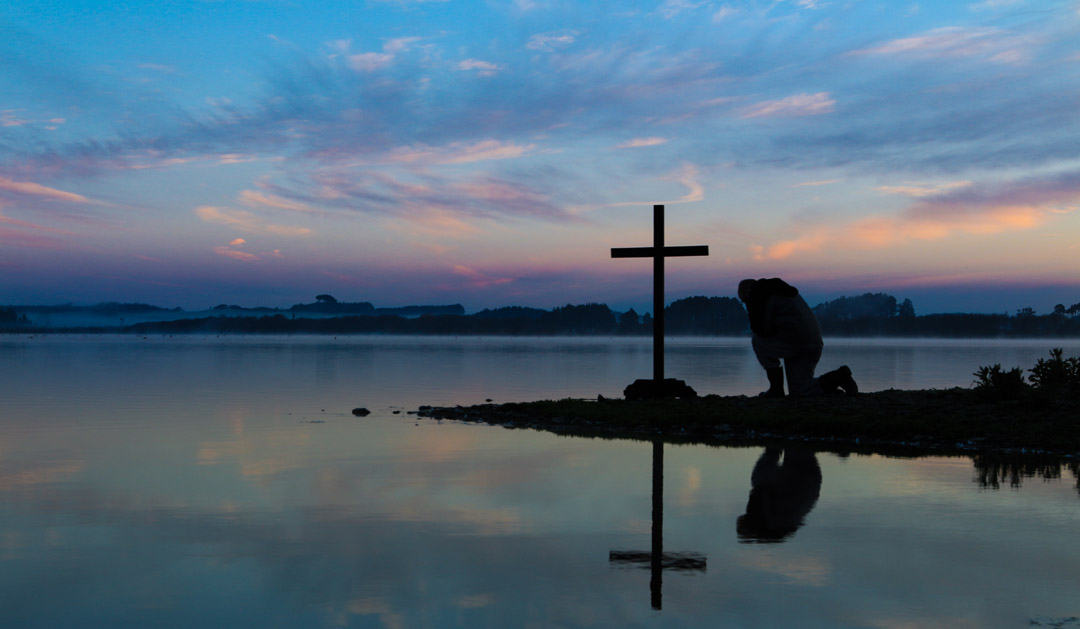 “Go to dark Gethsemane, you who feel the tempter’s power;

Your Redeemer’s conflict see; watch with him one bitter hour;

Turn not from his griefs away; learn of Jesus Christ to pray”.

These words by 19th century hymn-writer James Montgomery are on my mind as I read in the gospels about what happened in the garden of Gethsemane. I invite you to join me in meditating on our Lord’s anguished prayer in Gethsemane during the coming weeks leading up to the remembrance of his death and resurrection.

If we wish to offer ourselves to God during this season, it may be helpful to observe the Lord’s example as he “offered up prayers and petitions with fervent cries and tears to the one who could save him from death, and he was heard because of his reverent submission” (Hebrews 5:7).

He went to the familiar place where he and his disciples had often gone for a retreat. It was a grove of ancient olive trees located on the lower slopes of the Mount of Olives east of Jerusalem. The name Gethsemane means “oil press” and it was probably a place for squeezing oil from the olives that were harvested there. The gospels tell us he knelt down (Luke) and then he prostrated himself with his face to the earth (Matthew) as poured out his soul in prayer.

In the preceding hours, he had been praying for his disciples (John 17). Now, in the garden, facing imminent death, Jesus prayed for himself. He knew what was coming. He had already surrendered himself to fulfill the purpose for which he came into the world. But his soul was troubled.

Here we see the human Jesus as he faced the sorrows of death. We see his agony over the terrible prospect of bearing the sin of the world. We see the exhaustion of his grief and his desperate loneliness in the crisis.

We are invited during this Lenten season to offer ourselves up to God in surrender and prayer, as Jesus did. This may be something like what Paul the apostle had in mind when he wanted to know Christ in “participation in his sufferings” (Philippians 3:10).

You may be entering your own private Gethsemane experience: a disappointing turn of events; a surprising bit of bad news; confusing circumstances. It has been said that the crisis prepares us to pray. “Turn not from his griefs away; learn of Jesus Christ to pray.” 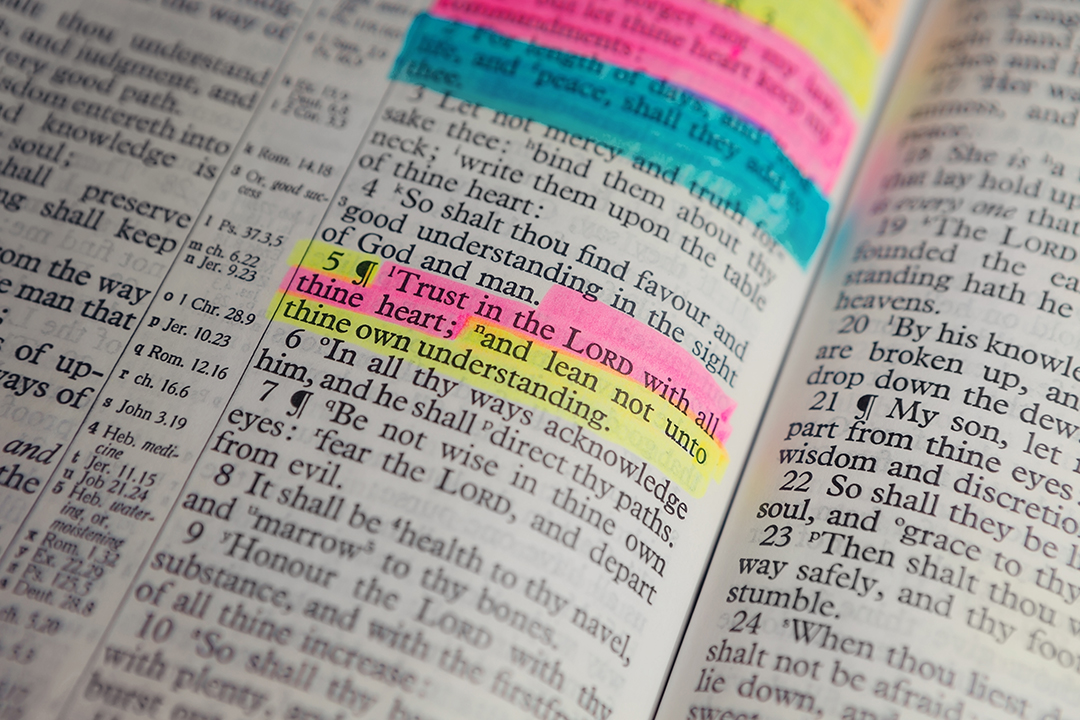 One thing that sets Christian believers apart from their unbelieving neighbors is an eternal perspective. Believers often talk about about prayers they have prayed. They love to tell stories about how God has helped them in living life.

Right-thinking Christians try to relate everything to their relationship with, their dependency on and their accountability to God. He is real to them.

This way of thinking assumes that God is a loving Father who is interested in our political opinions, our family lives, our use of money, our daily work, our service to others in this world, and a host of other concerns. Proverbs 3:6 says, “in all your ways acknowledge him and he will make your paths straight.”

A prayer I found in The Valley of Vision expressed this well. “Teach me the art of attending to things temporal with a mind intent on things eternal.”

Colossians chapter 3 illustrates this. Paul’s teaching there encompasses such themes as marriage and child-rearing, corporate worship. social justice, ethics and morality, and daily work. Practical realities of life on earth. The Christian attitude toward all these earthly priorities is to infuse them with an eternal perspective.

Thus, the discussion about life on earth begins with this preamble: “Set your hearts on things above where Christ is seated at the right hand of God. Set your minds on things above, not on earthly things. For you died and your life is now hidden with Christ in God” (Colossians 3:1-3).

The earthly and the eternal. How well we integrate them may determine how real God is to us as we live our every day lives.