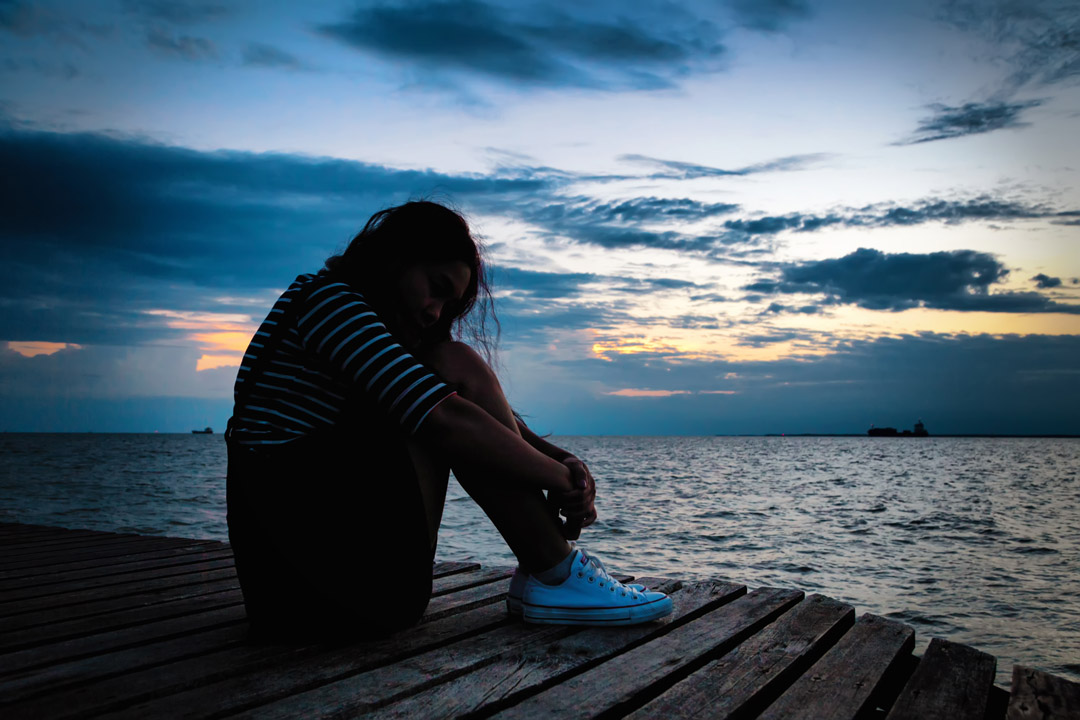 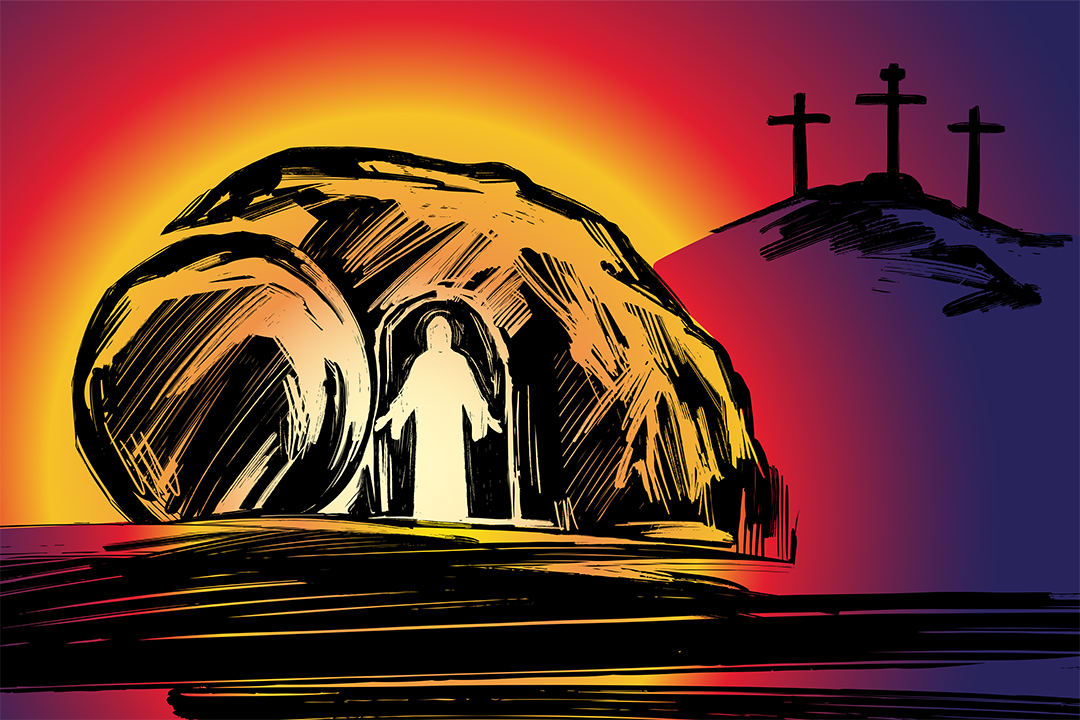 To some, the biblical testimony about the resurrection of Jesus is a made-up story. They see it as pious fiction invented by early Christian believers who borrowed the idea of a risen Christ from pagan sources and nature religions.

However appealing that idea may be to those who look for reasons not to believe, I respectfully offer the following plausibilities to think about on this Easter Sunday.

First, if the resurrection of Jesus Christ is a made-up story, it is surely not written in a way that would impress a skeptic. The disciples of Jesus found it hard to accept. Their unbelief doesn’t reflect well on them. These heroes of the first-century church don’t look very heroic on that first Easter morning.

Furthermore, the first witnesses to the resurrection were humble women who were not considered to be the most credible witnesses in a first-century Jewish setting. There were no dazzling public appearances of the risen Lord to the Jews or to the Romans which would silence, once and for all, their opposition to him. If you or I were inventing a resurrection story we’d probably have written it differently.

Another thing, the existence, and growth of the early Christian movement can only be explained by something supernatural. The dispirited, discouraged and doubting disciples were in hiding, afraid for their lives. Their leader had been executed like a common criminal, and their hope was gone. Something happened to suddenly change their outlook.

The New Testament tells what it was: it was the unexpected and repeated appearances of Jesus. He was without a doubt the same Jesus who had been pronounced dead by executioners who were experts at their job. He was now, obviously, very much alive. Hundreds of his followers could see him, hear him, and touch him.

Then there is the empty tomb. If Jesus’ enemies had been able to produce his corpse, they could have silenced the preposterous (to them) claim that he had come back to life. This would have forever discredited the disciples’ made-up story. They couldn’t do that so they bribed the guards at the tomb to spread the lie that Jesus’ body had been stolen by his disciples.

The fact is, the disciples were psychologically and physically incapable of such an act. Their reluctance to believe the message when they first heard it shows they could not have conspired to steal and hide the body, invent the resurrection story and spread it as a Christian myth. They would never have given their lives in martyrdom for a story they knew to be false.

These facts, the artless and straightforward telling of the message as we read it in the four gospels, the dramatic change in the outlook of the disciples, the explosive growth of the early Christian church, and the empty tomb, testify to the fact of the great miracle which is the foundation of the Christian faith.

“If you declare with your mouth ‘Jesus is Lord,’ and believe in your heart that God raised him from the dead, you will be saved” (Romans 10:9). 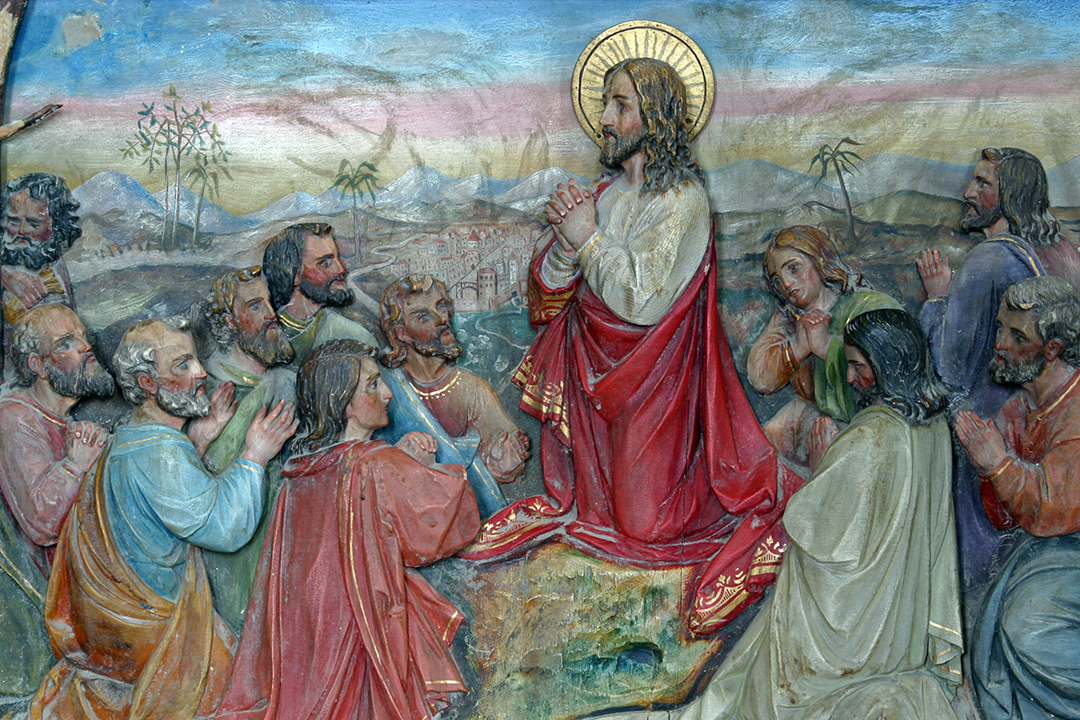 According to Lifeway Research, 24% of Americans observe Lent, a forty-day period of spiritual preparation for Easter. Lent begins on Ash Wednesday and ends on Palm Sunday. This tradition dates back to the early Christian church and often involves a spiritual discipline such as abstinence.

Some observers give up favorite pleasures or certain foods for Lent. Christianity Today magazine reports on a study of over 29,000 Twitter messages in which people reported on what they were giving up for Lent. Some were serious and some were sarcastic.

Social networking topped the list, which also included single-use plastics, alcohol, red meat, chocolate, swearing, candy, and coffee. There were many more. Foods and technology topped the list. Some people said they were giving up religion for Lent!

In addition to the practice of abstinence, many people do something for others, go to church more, and pray more. My own spiritual exercise for this season has been to write for this space a series of meditations on our Lord’s sorrowful prayers in the Garden of Gethsemane. Luke’s gospel tells us it was a place where he usually went with his disciples. He went there to pray on the night of his betrayal.

What Jesus said and did in Gethsemane must surely prompt response of some kind. For some, it may involve giving up something for the Lord, out of gratitude and love. But permit me to offer a word of caution: no amount of self-discipline, of sacrifice, or of good deeds may earn merit or righteous standing before a holy God. The New Testament makes this clear.

For example, in Paul’s letter to Titus, the apostle gives us his theology of the gospel and its relationship to good works. In Titus 3:4-7, justification is by grace, because of God’s mercy, in the washing of rebirth, and renewal by the Holy Spirit – pure grace, kindness, and love.

Then, and only then, after establishing the fact that “he saved us,” does Paul introduce “doing what is good” (Titus 3:8). He says these good deeds are excellent and profitable. But it is clear that “he saved us, not because of righteous things we had done” (Titus 3:5).

So instead of thinking about what we might have given up for Lent, I propose that we give in to the Lord Jesus Christ, out of gratitude and love. On this Good Friday, let’s come once more to Gethsemane, feel the Savior’s anguish, hear his prayer, “Not what I will, but what you will” (Mark 14:36). Give in to him and believe in what he did for sinners when he surrendered his life to do the Father’s will on the cross.

Gethsemane demonstrates both his humanity and his deity. His revulsion against and his embrace of the purpose for which he came into the world. Give in to him who said, “I lay down my life – only to take it up again. No one takes it from me, but I lay it down of my own accord. I have authority to lay it down and authority to take it up again. This command I received from my Father” (John 10:17-18).

Give in to him. The best thing you can give up for him is yourself. 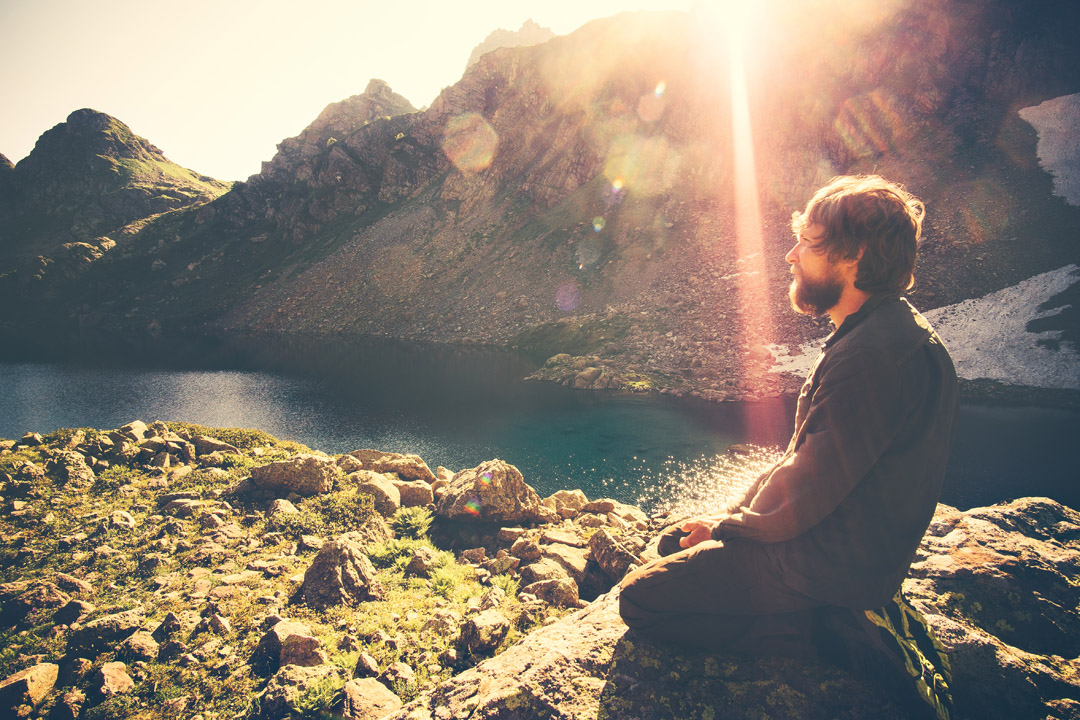 What does it take to get you to pray? C. S. Lewis wrote that pain is God’s megaphone. His call to prayer through the troubles of life is unmistakable. “Pain insists upon being attended to. God whispers to us in our pleasures, speaks in our conscience, but shouts in our pain: it is his megaphone to rouse a deaf world,” Lewis wrote in The Problem of Pain.

Jesus was not deaf to the call of God. In the great crisis of his human life, he prayed, fervently and desperately, in the Garden of Gethsemane on the eve of his crucifixion. Michael Green has suggested some important lessons about prayer we may learn by meditating on the Lord’s example.

1. When life is hard. Prayer is necessary in those times when we feel least like praying: when pain is intolerable; when disappointment crushes the spirit; when the world is against us. Praying to God in those times is a statement of faith that he is with us in difficult circumstances. Jesus’ prayers show us
the way to respond in our personal Gethsemane experiences.

2. With others. Jesus needed the companionship of his friends. They were too tired to encourage him and pray with him. In this, they failed him. There is great value in shared times of communal prayer in which believers bear one another burdens. Our Lord needed friends and so do we.

3. Repeated prayer. There is no shame in bringing the same requests to the Lord again and again. Jesus, in fact told a story to illustrate the value of doing this very thing (Luke 18:1-8). Here in Gethsemane Jesus prayed the same prayer three times. Commenting on this, Michael Green wrote, “To keep on praying indicates both determination and confidence and demonstrates a note of seriousness that is a vital part of intercessory prayer.”

4. God’s will be done. As we think about these prayers of Jesus, we enter the realm of mystery. There is the mystery of the human and the divine Jesus praying that, if possible, the cup of suffering and sin might be taken away from him. It seems mysterious to us that the Son of God, who had enjoyed eternal unbroken fellowship with the Father could have his request denied. It was answered with a “no.” This was so that the sacrifice of Jesus on the cross and his resurrection from the dead might make possible our salvation. Jesus teaches us to pray, “Not my will but yours be done” (Luke 22:42). Jesus wanted the Father’s will to be done. God’s will was done, on Good Friday and on Easter Sunday morning. 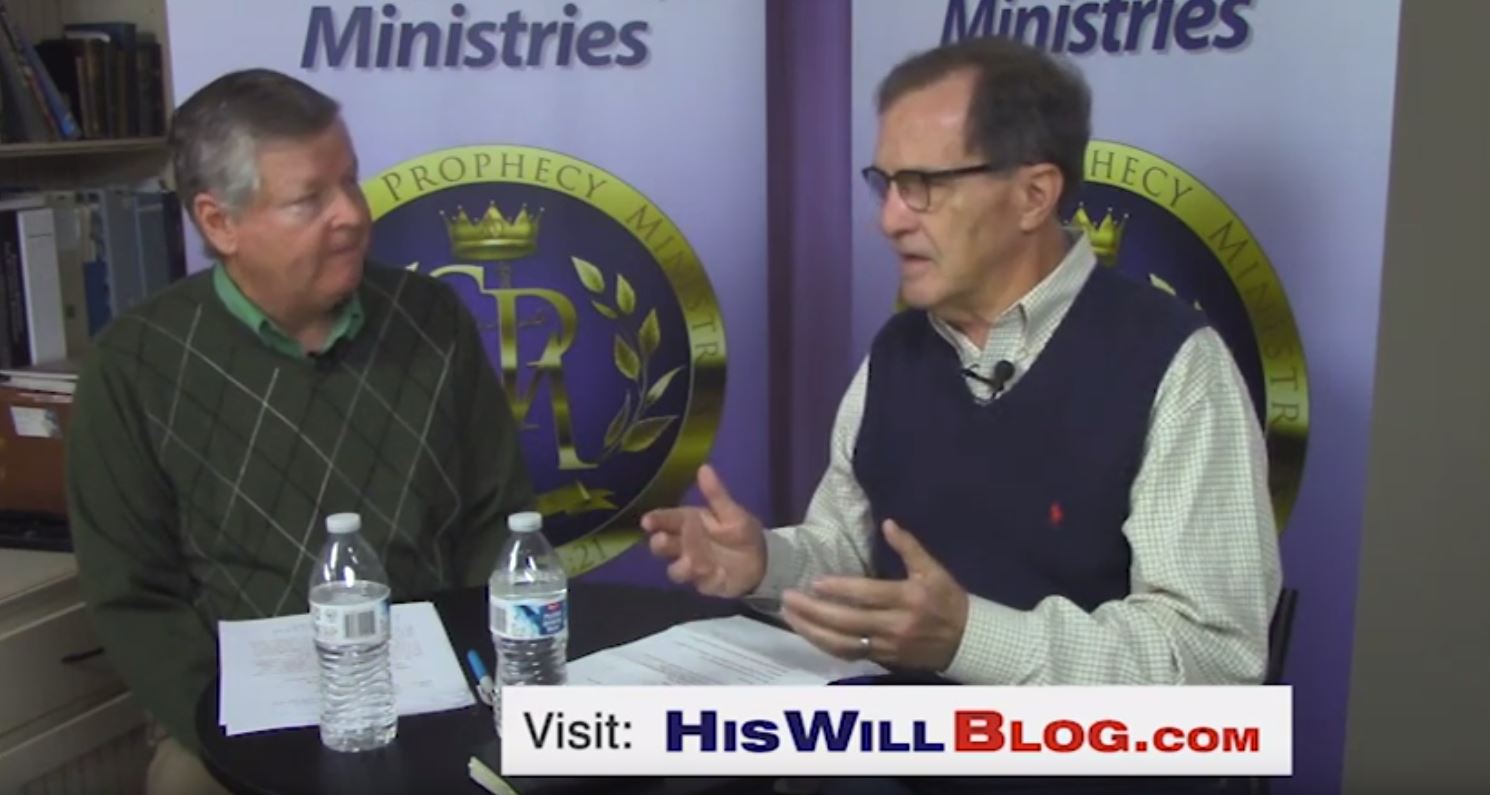 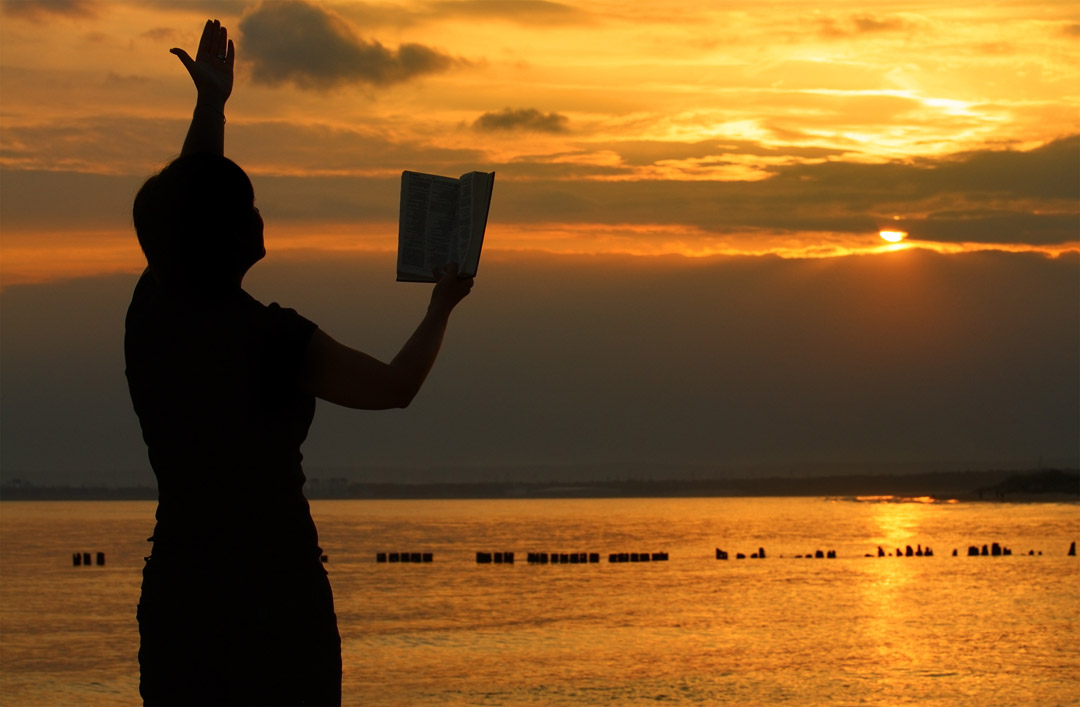 Lehman Strauss wrote that God always answers the prayers of his people. His answers are not always the ones we seek. Sometimes there is a delayed answer. Our timing is not always the same as the Lord’s. Sometimes his answer is in the form of an outright denial. After all, “we do not know what we ought to pray for” (Romans 8:26). There are many examples of this in the Bible.

Sometimes the answer God gives is different than what we ask for. When Paul prayed for healing from a physical affliction the Lord answered his prayer by increasing his supply of all-sufficient grace. But he did not take away Paul’s affliction.

When our Lord Jesus entered the great crisis in the Garden of Gethsemane just before his crucifixion, he prayed, “My Father, if it is possible, may this cup be taken away from me. Yet not as I will but as you will” (Matthew 26:39). It seems that Jesus was asking if there could be any other way to accomplish the redemptive purpose of God than by his suffering. Could it possibly be otherwise?

God answered, but not in the affirmative. What do we learn from this?

Jesus knew God heard his prayer. In John 11:42 Jesus prayed, “Father, I thank you that you have heard me. I knew that you always hear me.”

Jesus knew that God loved him. In John 5:20 Jesus said, “The Father loves the Son and shows him all he does.”

Jesus knew God would always do the right thing. He will always act in accordance with his good purpose. That is why our Lord concluded his prayer with “Yet not what I will but as you will.”

Jesus knew that God’s purpose involved his sacrificial death and resurrection. He repeatedly told his disciples that that would happen in Jerusalem at Passover. Now the time had come for him to “taste death for everyone.” This is further expressed in Hebrews 2:10 where it says that God “should make the pioneer of their salvation perfect through what he suffered.” In his dying, our Lord’s human experience was completed or perfected.

Jesus’ agonized plea, “may this cup be taken from me” was answered with a denial. But his prayer of absolute submission to God was answered with “yes!” Jesus had to reconcile his natural horror of death with the knowledge of God’s purpose for him.

Of the profound lessons on prayer we learn from Jesus’ Gethsemane experience, none is greater than this. We, like our Lord, must learn to submit our desires and wishes to his higher purpose. We must always pray as Jesus prayed, “Not what I will, but as you will.”